Jan. 24 (UPI) — Three Baltimore firefighters were killed and another is in critical condition Monday after a roof collapsed during a two-alarm fire at a vacant home, city officials said.

The three died after becoming trapped in rubble when the roof of a three-story home in Southwest Baltimore collapsed around 6 a.m. EST, Mayor Brandon Scott announced.

“This is a gut-wrenching tragedy for our city, the Baltimore City Fire Department, and most importantly the families of our firefighters,” he said. “There are no words to describe the pain and the severity of the losses we have suffered today.”

A fourth firefighter, John McMaster, is in critical but stable condition at the University of Maryland Shock Trauma Center.

Baltimore Fire Chief Niles Ford said earlier that four firefighters were trapped inside the rowhouse after a partial roof collapse, with one being immediately rescued and two others removed within an hour.

The final firefighter was pulled out of the rubble after crews worked to extricate him.

“From this moment, we will honor those that lost their lives today for their bravery and courage,” Ford told reporters.

The incident marked the first deaths of Baltimore firefighters since 2014 and is one of the worst in the city’s history, The Baltimore Sun reported.

1 dead, 1 in serious condition after shed roof collapse in Taylorsville 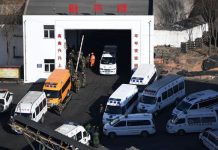 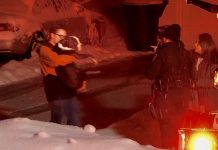