Sept. 26 (UPI) — As the ongoing threat of eruption from Mount Agung looms in Bali, Indonesia’s president has decided to visit some of the more than 75,000 residents who’ve fled the area.

The air force will take President Joko Widodo and first lady Iriana by helicopter to visit a shelter in Klungkung than is holding nearly 20,000 evacuees. The two will also inspect an emergency room response station to check on preparations for a possible eruption.

“In addition to the handling of refugees, the current priority programs are socialization and education for disaster risk reduction and preparedness,” the National Disaster Mitigation Agency wrote.

The Karangasem regency, located closest to Mount Agung, is housing the largest number of evacuees at just over 21,000 people.

There are nearly 400 refugee points across nine districts in Bali with nearly 75,000 displaced people, as of Tuesday — and the number is expected to rise.

The estimated number of people who should evacuate is 62,000, but officials said the actual number is higher because of confusion about the danger zone on the map — leaving many unable to distinguish whether they live in the zone, and so they’ve fled as a precaution. 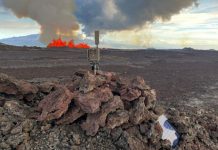 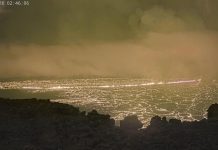