Sept. 17 (UPI) — More than half of the tigers rescued from a Buddhist temple in Thailand in 2016 have died, officials said Monday.

Thailand’s Department of National Parks, Wildlife and Plant Conservation said that 86 tigers of the 147 confiscated from the so-called Tiger Temple have died of canine distemper virus as well as a respiratory disease caused by inbreeding.

DNP director-general Thanya Netithammakul said the tigers had viral infections before being rescued from the temple and DNP veterinarian Patarppol Maneeorn said most of the tigers had been diagnosed with nerve problems and laryngeal paralysis when they were found.

“The tigers at the temple were inbred. They had poor physical condition and low immunity,” Maneeorn said.

Conservationists, however, have questioned whether the tigers were held in unsafe conditions by authorities after being removed from the temple.

The temple’s monks have also denied any allegations of animal abuse, trafficking and illegal breeding.

The tigers were tranquilized and transferred out of the temple in 2016 and police charged 22 suspects, including three Buddhist monks, with trafficking. 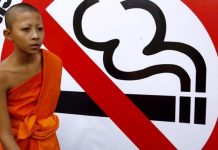 Smoking at home a form of domestic violence, Thailand says 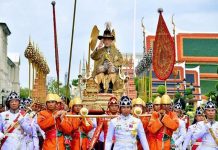 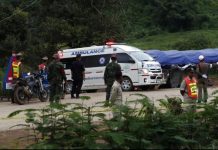