SILVER SPRING, Md., Aug. 21 (UPI) — Anna Duggar, wife of Josh Duggar of 19 Kids & Counting fame will most likely not be leaving her husband despite his publicly admitted infidelity, according to a new report.

A source close to the Duggar family spoke to People magazine, explaining that “Anna will not leave him. As with her in-laws she is turning more to her faith than ever. She and Josh are probably praying around the clock right now, I would assume.”

The source also acknowledged where Duggar’s feelings fall in terms of the scandal and how in some way she would try to take some of the blame for what happened.

“Maybe not publicly, ever, but privately, there will be some suggestion of whether or not she should have been more aware of the pressures Josh was under, of the issues he was facing, and how she could have better counseled him or helped him,” says the source.

“She is fully and permanently committed to her marriage and her children. And she’ll have the support of Jim Bob and Michelle and everyone else in their circle in terms of staying with him and making this work,” continues the source. “Divorce is not even something that will be discussed.”

On Thursday, Josh Duggar publicly confessed to cheating on his wife a day after being linked to a paid account on extramarital dating site Ashely Madison. Releasing a statement on the family’s official website, the reality star admitted to being unfaithful, leading a double life and going against his own beliefs.

“I have been the biggest hypocrite ever. While espousing faith and family values, I have secretly over the last several years been viewing pornography on the internet and this became a secret addiction and I became unfaithful to my wife,” he wrote. “I am so ashamed of the double life that I have been living and am grieved for the hurt, pain, and disgrace my sin has caused my wife and family, and most of all Jesus and all those who profess faith in Him.”

That statement ended with an apology. “I humbly ask for your forgiveness. Please pray for my precious wife Anna and our family during this time.” For now it seems Anna will be forgiving her husband despite him being unfaithful and learning of his previous scandal that involved molesting five underage girls including his sisters Jill and Jessa Duggar when he was a teenager. That scandal led to TLC canceling 19 Kids & Counting and has shed a negative light on Josh Duggar and his family ever since.

Josh and Anna Duggar have been married since 2008 and have four children together. 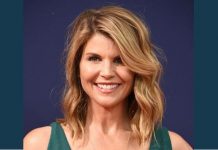