WASHINGTON, Sept. 9 (UPI) — Antivirus software pioneer John McAfee has filed the paperwork needed to run for president, though his party affiliation has yet to be revealed.

Kyle Sandler, one of McAfee’s campaign directors, confirmed to The Hill that McAfee filed the paperwork with the Federal Election Commission.

Though his party name and platform have yet to be announced, McAfee, 69, has expressed his belief that the federal government is “illiterate” about the technology dominating peoples’ everyday lives, from smartphones to military hardware.

He describes himself on Twitter as “an eccentric millionaire” who is “still alive.”

An official announcement about his candidacy was scheduled to take place at 6 p.m. EDT Wednesday.

McAfee’s antivirus software company, McAfee, was founded in the 1980s and purchased by Intel in 2010. McAfee is no longer affiliated with the company.

Since then, McAfee has faced a number of legal problems. In 2012, he was reported fleeing his home in Belize after authorities sought to question him about the death of his neighbor. He was considered a person of interest by authorities but not a suspect in the murder.

He was also detained in Guatemala in 2012 on the suspicion he had entered the country illegally while fleeing from Belize. He was deported to the United States. shortly thereafter.

McAfee was on the run until 2014, when he settled in Tennessee with his wife Janice. There he opened an incubator on the Alabama-Georgia border and occasionally spoke at tech conferences.

While in Tennessee, though, McAfee was arrested for driving and possessing a handgun under the influence. Dean Barrow, Belize’s prime minister then and now, described the ex-fugitive McAfee as “extremely paranoid.“ 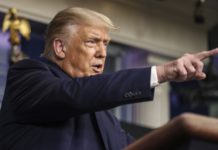 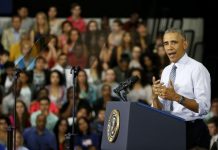