Jan. 2 (UPI) — A federal appeals court panel on Friday ruled to vacate the delay of a federal execution of Lisa Montgomery, scheduled to take place before President Elect Joe Biden is sworn into office Jan. 20.

A three-judge panel from the D.C. Circuit Court of the United States Court of Appeals overruled a lower-court judge’s order to delay Montgomery’s execution, scheduled by the U.S. Bureau of Prisons for Jan. 12.

Montgomery, 52, was originally scheduled to be executed in December at the Federal Correctional Complex in Terre Haute, Ind., but U.S. District Court Judge Randolph Moss had allowed a delay after Jan. 1, so Montgomery’s lawyers could file a last-minute clemency petition. Some of Montgomery’s lawyers had also been infected with COVID-19 and asked for a temporary stay of execution for health reasons.

Montgomery’s lawyers say she suffers from serious mental illness and asked for the en-banc ruling to be reconsidered.

“Given everything we know about Lisa Montgomery’s mental illness, her lifetime of horrific torture and trauma, and the many people in positions of authority who could have intervened to save her but never did, there can be no principled reason to carry out her execution,” a statement from Meaghan VerGow, one of Montgomery’s attorneys said Friday. “The government should stop its relentless efforts to end her life, and President Trump should commute her sentence to life without possibility of release.”

Montgomery was convicted and sentenced to death in 2007 of killing a pregnant acquaintance, Bobbie Jo Stinnett, 23, whom she met in an internet chat room for rat terrier breeders, in 2004. Montgomery strangled Stinnett at her home in Skidmore, Mo., and cut the baby out of her womb. Police found Montgomery with the baby and returned the child to the baby’s father.

More than 1,000 supporters and advocates for domestic violence victims urged President Donald Trump in November to commute Montgomery’s death sentence to life in prison, saying her actions were the results of mental illness because she had been physically and sexually abused as a child and sex trafficked as a teen by her mother.

“These crimes are inevitably the product of serious mental illness. Women who commit such crimes also are likely to have been victimized themselves. These are important factors that make death sentences inappropriate,” said former district attorneys Stanley Garnett and Harry Zimmerman.

Montgomery was the first woman to be scheduled for execution when U.S. Attorney General William Barr resumed federal executions in July to partially empty Death Row after a 17-year hiatus.

Daniel Lewis Lee, Wesley Purkey and Dustin Honken were executed in July; Lezmond Mitchell and Keith Dwayne Nelson in August; William LeCroy and Vialva in September; and Brandon Bernard and Alfred Bourgeois were put to death in December.

Biden has said that he would work to pass legislation to eliminate the death penalty at the federal level, and offer incentives to states to follow the federal government’s example.

“These individuals should instead serve life sentences without probation or parole,” Biden said on his 2020 policy website. 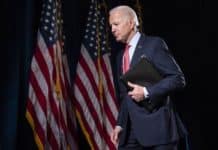