CAMBRIDGE, Mass., Nov. 11 (UPI/Brooks Hays) — You don’t have to leave the galaxy to find some of the oldest stars in the universe. Scientists at the University of Cambridge and the Australian National University say they’ve discovered several ancient ones right in the center of the Milk Way.

The stars may offer astronomers a glimpse of what the early universe was like and how it has changed over the last 13.7 billion years.

Cosmologists have developed a variety of strategies for understanding the what the universe looked like and how it behaved just after the Big Bang. One of their latest is to search for stars low in metal.

In its infancy, the universe featured only hydrogen, helium and small amounts of lithium. Everything else was created later, in the engine rooms of newly born stars and later in the violent explosions of dying ones.

Thus, scientists theorized, some of the very first stars should be most devoid of metal. And they should be in the center of the galaxy.

To find them, researchers used telescopes in Australia and Chile, first picking out some 14,000 candidates. Using a spectrograph, scientists narrowed down their selection until they had 23 metal-starved stars.

The stars are detailed in a new paper, published this week in the journal Nature.

“If you could compress all the iron in the Sun to the size of your fist, some of these stars would contain just a tiny pebble by comparison,” study co-author Andrew Casey, a scientist with Cambridge’s Institute of Astronomy, said in a press release. “They’re very, very different kinds of stars.”

To ensure these were the stars scientists were looking for, researchers took a closer look at their trajectories. Their calculations showed that several of the stars were just passing through, younger stars born in less dense parts of the galaxy. But seven had spent their whole lives right there in the middle of the Milky Way. Computer models suggest such stars are from the very early universe.

“There are so many stars in the center of our Galaxy — finding these rare stars is really like looking for a needle in a haystack,” explained Casey. “But if we select these stars in the right way, it’s like burning down the farm and sweeping up the needles with a magnet.”

The stars detailed in the new paper weren’t actually the first stars to be born in the wake of the Big Bang. But they may be some of the first still alive, and with them lies evidence of an earlier generation. When the very first stars died, they left their chemical signatures on those that followed. Those signatures reveal a series of dramatic supernovae, ten times more powerful than the stellar explosions seen today.

“The chemical signature imprinted on those stars tells us about an epoch in the universe that’s otherwise completely inaccessible,” said Casey. “The universe was probably very different early on, but to know by how much, we’ve really just got to find more of these stars: more needles in bigger haystacks.” 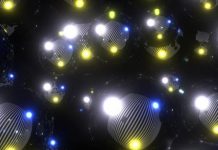 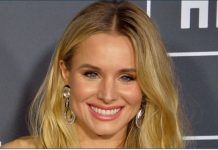