Home US/World At least 24 sickened in possible fentanyl exposure at Ohio prison
Facebook
Twitter
Pinterest
WhatsApp
Aug. 29 (UPI) — At least 24 people were sickened after exposure to an unknown substance, believed to be fentanyl, at a prison in Ohio on Wednesday, state authorities said.Guards and inmates began showing signs of a possible fentanyl overdose shortly after 9 a.m. and paramedics responded to administer Narcan — a drug used to reverse the effects of opiates — to the victims, State Highway Patrol Lt. Robert Sellers told The Columbus Dispatch.
Sellers added there was no threat to the public and an investigation to identify the substance was underway.

Another 31 inmates in the contaminated cell block who weren’t affected by the exposure were removed and taken to a separate facility.

Officials said there were no deaths.

Dr. Kirk Tucker of Adena hospital said medical staff believes the substance in question was fentanyl, because all of the exposed patients reacted to Narcan.

“This could have been a lot worse,” Tucker said.

The cause of the exposure wasn’t immediately clear and the prison was supplied with an additional 300 doses of Narcan to treat subsequent exposures. 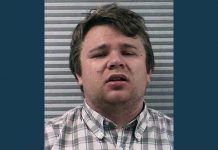 Logan man gets prison time for abuse of toddler 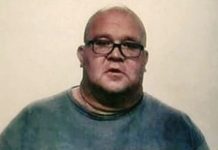 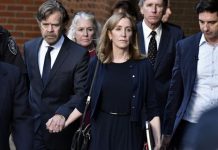