ITHACA, N.Y., March 15 (UPI) — The impressive tool-using abilities of the New Caledonian crow are made possible by its uniquely shaped beak. For the first time, researchers have quantified what makes the bird’s beak so special.

“We used shape analysis and CT [computer tomography] scanning to compare the shape and structure of the New Caledonian crow’s bill with some of its crow relatives and a woodpecker species with a similar foraging niche,” Gavin Hunt, a senior research fellow at the University of Auckland in New Zealand, said in a news release.

Hunt is the author of a new paper on the morphology and evolution of the New Caledonian crow’s bill, published this week in the journal Scientific Reports.

Researchers believe the crow’s straight beak allows the crow to see more directly down the line of its nose, allowing it to better manipulate tools. Scientists argue the beak began adapting when the New Caledonian crow first began using tools.

New Caledonian crows frequently use a stick to poke at holes in the ground or logs where grubs are hiding. When the annoyed grubs finally latch on to the stick, the crow pulls it out and eats it. The crows also used barbed leaves and hooked twigs to fish bugs out of holes and crevices in tree trunks.

Crows with straighter, sturdier bills had an advantage when using tools to forage — an advantage that paid off in the form of longevity and reproductive success. Ultimately, these adaptations allowed the crow to begin making and using more complex tools.

“Their bill is shorter than a regular crow’s,” said study co-author Kevin McGowan, Cornell ornithologist and crow expert. “It’s blunter, and it doesn’t curve down like nearly all bird bills do.”

“The lower mandible actually curves slightly up, which likely gives it the strength it needs to hold the tool,” McGowan explained. “And because the bill doesn’t curve downward it brings the tool into the narrow range of the bird’s binocular vision so it can better see what it is doing.” 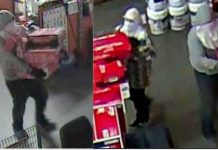 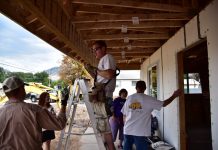 After $5K tool theft in Ogden, Habitat for Humanity gets funds from willing public 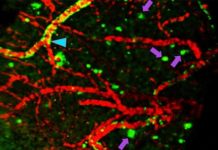