WASHINGTON, Dec. 19 (UPI) — Democrats and Republicans in the U.S. Senate say an investigation of Russian hacking during this presidential election isn’t good enough, calling for a special committee to figure out what happened and craft legislation to prevent it from happening again.

Democratic Sens. Chuck Schumer and Jack Reed and Republican Sens. Lindsey Graham and John McCain sent a letter to Senate Majority Leader Mitch McConnell on Sunday asking that a Senate select committee on cyber crime be created to look into Russian actions this past summer, as well as similar acts by other countries, such as Iran and China.

McConnell has previously said the Senate Intelligence Committee can handle the investigation but the four senators say they are concerned the issue could be politicized and, because of the importance of election security in the country, they believe a separate group is a better idea.

“Recent reports of Russian interference in our election should alarm every American,” the senators wrote in the letter. “Cybersecurity is the ultimate cross-jurisdictional challenge, and we must take a comprehensive approach to meet this challenge effectively.”

President Barack Obama last week ordered a complete review of the situation, saying he expected the report to be ready before he leaves office and directly addressing the high probability that his administration will respond to the Russian efforts to meddle before he leaves as well.

With the federal intelligence agencies reporting that they firmly believe Russia was behind the hacks into various political organizations, and that Russian President Vladimir Putin was personally involved in the operations, the senators say understanding what happened and how to prevent it in the future is vital to the proper operation of the U.S. election system.

Schumer said he’s concerned that existing committees are too busy to dedicate the proper attention to cybersecurity and the breaches by the Russians, potentially missing things or leaving them out of any final report.

The senators also are moving to counter President-elect Donald Trump and his transition team’s rejection of intelligence estimates that the Russians hacked computer systems that belonged to the Democratic Party and former Secretary of State Hillary Clinton‘s campaign, releasing emails and internal information to Wikileaks, which published the documents.

Understanding and preventing interference with the election system is a huge problem, they say, because of the potential for it to undermine faith in the entire U.S. system of governance.

‘We need a select committee,” McCain told CNN on Sunday. “We need to get to the bottom of this, and we need to find out exactly what was done and what the implications of the attacks were, especially if they had an effect on our election.” 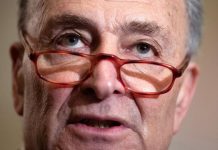 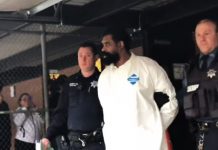 Five attacked during Hanukkah celebration at rabbi’s house in N.Y.