Aug. 7 (UPI) — The remains of a New Hampshire woman who went missing some 43 years ago is believed to have been found Thursday inside a vehicle at the bottom of the Connecticut River under 14 feet of water.

The vehicle was found south of the Mount Orne Covered Bridge that connects Lancaster, N.H. with Lunenburg, Vt.

“The vehicle that was found [Thursday] is a 1972 Pontiac LeMans with a license plate of OB610, which is the license plate that was registered to [Alberta] Leeman at that time,” Fish and Game Lt. Robert Mancini told WMUR.

Leeman, who lived in Gorham, went missing in 1978 but her disappearance was not considered suspicious.

“Alberta Leeman was in Gilman, Vt., on July 25, 1978, and she was heading back towards the Gorham area on that day,” Mancini said. He said officials are working to positively confirm that the remains in the vehicle are that of Leeman.

Leeman’s daughter, whose name was not released, told WMUR was at the scene Friday when her mother’s car was found and said she never stopped looking for her.

New Hampshire Fish and Game said it is continuing its search around where the vehicle was found for clues. Authorities asked for anyone with information on Leeman to contact the New Hampshire State Police. 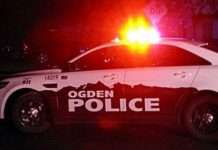 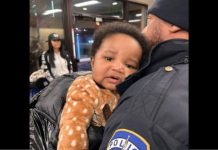