EVANSVILLE, Ind., Dec. 23 (UPI) — Two brothers died over the weekend after one tried to rescue the other from a grain bin.

Curt Boesl, 47, was working Saturday with his 11-year-old son, Alex, atop a silo at their dairy farm in Brandon, Minn., when the two “were apparently overcome by fumes,” according to a Douglas County Sheriff’s Office news release.

Another son saw what happened and called 911. He also called his uncle, Steven Boesl, 49.

Steven Boesl, who served on the nearby Millersville Fire Department, arrived before emergency responders. He entered the grain bin to rescue his brother and nephew, but he was also overcome by fumes from the silo.

Spoiling grain can emit gases that had become trapped in large bins, according to the Occupational Safety and Health Administration.

“These gases may result in a worker passing out and falling into the grain, thus becoming engulfed and suffocating or otherwise injuring themselves,” OSHA has said.

When the Millersville Fire Department arrived, rescuers extricated the two men and the boy. Steven Boesl was pronounced dead at the scene, and Curt Boesl and his son were flown to a local hospitals, where Curt Boesl later died.

Alex Boesl was being treated at Minneapolis Children’s Hospital. Officials did not have an update on his condition Monday.

At least 17 people have died in grain bin accidents since August, six of whom were in Minnesota.

The previous reported accident occurred Tuesday near Hartington, Neb., when farm employee Kelly Burbach, 60, became trapped in a bin. Emergency responders freed him, but he was pronounced dead a short time later, according to the Cedar County Sheriff’s Office.

Safety experts say that because heavy rains have delayed the fall harvest, farmers are rushing to clear bins to make way for this year’s crop, and that this could be contributing to a spike in accidents. 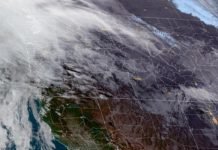