Feb. 23 (UPI) — Some of the Republican Party’s heaviest-hitters took the stage at the Conservative Political Action Conference on Thursday, including three of President Donald Trump‘s top White House advisers.

Bannon and Priebus were seated together on-stage for an interview by American Conservative Union President Matt Schlapp, the chief organizer of the event. The advisers addressed a spate of issues, including their working relationship, Trump’s agenda and the mainstream news media.

“If the [Republican] party and the conservative movement are together, similar to Steve and I, it can’t be stopped.”

“We have known it since August 15th,” Bannon, who has rarely made remarks in public as a representative of Trump’s administration, added. “The campaign was the most chaotic — by the media’s description — most chaotic, most disorganized, most unprofessional, had no earthly idea what they were doing. And then you saw them all crying and weeping [on election] night.

“In spite of the fact that we love being here, we actually hate politics. But what we were starving for was somebody real, somebody genuine, somebody that was actually who he said he was.”

Priebus went on to call Trump’s Cabinet the “best Cabinet in the history of Cabinets.”

Criticism of the Democratic left was a common theme at the conference Thursday, where each marquee guest gave a word or two on the subject.

“The media has had its fun with me, and that’s okay,” Education Secretary Betsy DeVos said in her speech. “My job isn’t to win a popularity contest with the media or the education establishment here in Washington. My job as secretary of education is to make education work for students.”

“This issue was a very huge example of the Obama administration’s overreach to suggest a one-size-fits-all, federal-government approach, top-down approach to issues best dealt with at a personal level, at a local level,” she said. “It’s our job to protect students … and also provide students, parents and teachers with more flexibility about how education is delivered.”

Former GOP presidential candidate and Texas Sen. Ted Cruz took aim at the decisions of appellate courts in California and Washington state this month to block Trump’s executive action to close U.S. borders to refugees and certain migrants from the Middle East and Africa.

“Both decisions are utterly lawless,” Cruz said in an interview. “Congress has given the president the authority to suspend immigration — any class of immigration if he deems it in the national interest.

“The Democrats right now are living in an alternative universe. … There’s a technical term for their base: Moscow.”

Although GOP unity was on full display Thursday, there was split among some conservatives seeking to distance themselves and the Republican Party from the so-called alternative right — a far-right political movement.

“[It] is a sinister organization that is trying to warp its way into our ranks,” he said. “We must not be deceived by [a] hateful, left-wing fascist group.”

“They are anti-Semites. They are racist. They are sexist,” he added. “They hate the Constitution. They hate free markets. They hate pluralism.”

Bannon, a former executive at Breitbart News, has previously said the conservative news outlet is a platform for the alt-right. Bannon’s association with the movement led to substantial opposition from Democrats when he was appointed as the White House’s chief strategist.

White supremacist Richard Spencer, a pioneer in the alt-right movement, was expelled from the CPAC Thursday after giving an impromptu press conference with reporters. CPAC spokesman Ian Walters, who said Spencer was refunded the cost of his ticket, called Spencer’s views “repugnant.”

White supremacist Richard Spencer talks to the media during the 2017 Conservative Political Action Conference in National Harbor, Md., on Thursday. Organizers later expelled him from the event for expressing his views to the news media. Photo by Molly Riley/UPI

Trump adviser Kellyanne Conway, who has also found herself the target of criticism, emphasized women’s rights in her appearance Thursday.

“Donald Trump is someone who is not fully understood for how compassionate and what a great boss he is to women,” she said. “He has been promoting and elevating women in the Trump Corporation, in the Trump campaign, in the Trump Cabinet, certainly in the Trump White House.”

“I find him to be very kind and generous,” she said of the president. “He’s smarter and works harder than any of us and it’s — that’s very uplifting.”

Last year, Trump canceled his speech at CPAC in favor of campaign stops in Kansas and Florida. Conference organizers said at the time that “his choice sends a clear message to conservatives.”

Trump, the first president in 36 years to attend the conference in his first year, will speak Friday morning. Former President Ronald Reagan spoke at the 1981 event two months after taking office — and 10 days before he was shot in an assassination attempt.

The 2017 conference runs through Saturday. 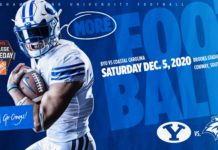 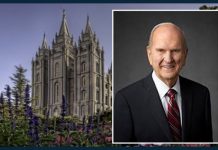