The Dow Jones Industrial Average had risen 932 points on Wednesday after the Federal Reserve announced a half-point interest hike, but yesterday’s gains were erased before noon Thursday.

“If you go up 3% and then you give up half a percent the next day, that’s pretty normal stuff … But having the kind of day we had yesterday and then seeing it 100% reversed within half a day is just truly extraordinary,” said Randy Frederick, managing director of trading and derivatives at the Schwab Center for Financial Research.

Federal Reserve Chairman Jerome Powell sparked Wednesday’s rise as he eased investors’ fears by saying a 75-basis-point hike to its benchmark interest rate “is not something that committee is actively considering,” in future meetings.

Thursday’s U-turn, however, indicated that “we are still not out of the woods yet” with uncertainty remaining over how the Fed will tame inflation without triggering a recession, Zach Stein, chief investment officer of Carbon Collective, told Yahoo Finance.

“The concerns that triggered the stock market correction over the past few months, such as inflation, the Russia and Ukraine war and surging oil prices, are still with us and haven’t been resolved yet,” said Stein.

U.S. Treasury yields surged above 3% Thursday, its highest level since 2018, which has a negative effect on technology and other growth stocks since it cuts the present value of the future earnings and cash flow their valuations are based upon, according to MarketWatch. 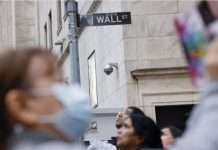 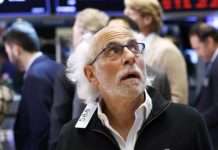 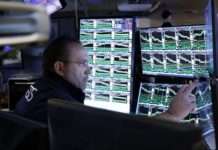