April 21 (UPI) — The nocturnal niches have several advantages, including fewer active predators and unsuspecting prey. The problem, of course, is that it’s difficult to see.

But eyes can adapt to dim-light conditions, and new research shows some of the earliest mammal species evolved powerful nighttime vision.

Researchers at Stanford University conducted a comprehensive survey of mammalian evolution, looking for improvements to the genes responsible for the regulation of nighttime vision.

“This method is like using the genome as a fossil record, and with it we’ve shown when genes involved in night vision appear,” Liz Hadly, professor of biology at Stanford, said in a news release. “It’s a very powerful way of corroborating a story that has been, up to now, only hypothesized.”

Roughly 70 percent of mammals are nocturnal, so scientists have long assumed the earliest mammal species were, too. To test the hypothesis, Hadly traced the evolution of nocturnal genes across the mammalian family tree.

Hadly and her research partners first isolated a group of genes shown to be key to the night-vision of owls. The scientists then surveyed the significance of those genes in various reptile and mammal species, including snakes, alligators, mice, platypuses and humans. By analyzing the genetic similarities and relationships among these species, scientists were able to identify when and where nocturnal genes were enhanced in the mammalian family tree.

While the earliest mammal-reptile ancestor preferred daylight, researchers found evidence of enhanced night-vision genes among the first mammals to appear in the wake of the split between mammals and reptiles.

Many mammals have acclimated to the day, but the legacy of the earliest mammals’ escape into the night continues.

“Understanding the constant pressure to get better at seeing the world at night for over 100 million years is a beautiful way of thinking about evolution,” Hadly said. “We think of it as something simple — seeing in the light or the dark — but these genes are being constantly refined and altered by natural selection.”

The work of Hadly and her colleagues was published this week in the journal Scientific Reports. 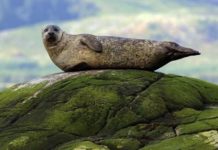 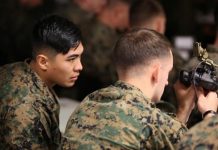 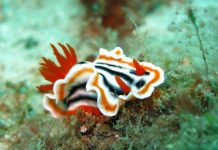