March 27 (UPI) — The U.S. Department of Education has opened an investigation into eight colleges that were part of a $25 million admissions scandal.

All of the involved universities including Stanford, Yale, and the University of Southern California confirmed Tuesday they had been informed by the Education Department about the investigation, USA Today reported.

The investigation will seek to determine where there is evidence that the universities violated laws and regulations related to federal financial aid programs, in the scandal that involved getting students admitted to universities as recruited athletes or helping potential students cheat on college exams.

In the letters, the Education Department requested the universities provide information about their accreditation and any marketing material regarding the selective nature of the institution’s programs and the standards employed in the admissions process.

It also requested any communications to organizations that rank colleges discussing admissions rates.

The letters stated that the universities must demonstrate that they are “adequately administrating” Title IV or Higher Education Act programs to continue participating in those programs in accordance to the law, NBC News reported.

“We will fully cooperate with the DOE as we are with the Department of Justice’s ongoing investigation, and will continue to comply with all laws and regulations,” USC said in a statement responding to the letter Tuesday.

Georgetown also issued a statement saying it was “committed to an admissions process that includes a fair, holistic review of each application.”

Yale President Peter Salovey issued a statement saying the university was informed of the investigation and is “reviewing the department’s requests and will respond appropriately.” 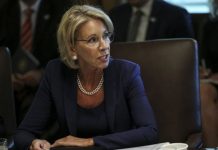 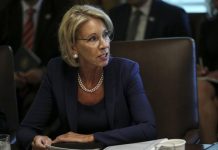 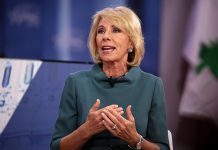