LANSING, Mich., Jan. 21 (UPI) — A newly released batch of emails about the high levels of lead in the Flint, Mich., water supply indicate top officials looked to shift blame away from the state and a growing concern with the public image of the situation.

In an email to Gov. Rick Snyder, Lt. Gov. Brian Calley and other state officials, then chief of staff to the governor, Dennis Muchmore, said Flint residents were using the issue of lead exposure as a “political football claiming the departments are underestimating the impacts on the populations and particularly trying to shift responsibility to the state.”

“I can’t figure out why the state is responsible except that [former state Treasurer Andy Dillon] did make the ultimate decision so we’re not able to avoid the subject,” Muchmore wrote in the Sept. 25 email, referring to Dillon’s decision to allow the city’s water supply to come from the Flint River.

Muchmore’s comments are part of the 274 pages of emails released by Snyder in an effort to diffuse the growing anger over Flint’s poor water quality. Water quality testing has shown the city’s water system has been compromised by dangerously high levels of lead since April 2014, when the city’s drinking water supply was switched from Detroit to the Flint River. Some information shows local residents had been drinking the contaminated water for up to a year, even though city, county and state officials knew about the dangers.

On Sept. 26, Muchmore seemed to belittle the situation and local residents, saying “Now we have the anti everything group turning to the lead content, which is a concern for everyone.”

“Of course, some of the Flint people respond by looking for someone to blame instead of working to reduce anxiety,” Muchmore wrote. “We can’t tolerate increased lead levels in any event, but it’s really the city’s water system that needs to deal with it.”

In one memo, city officials outline the federal Safe Drinking Water Act, underscoring the law requires the water to be “safe” to drink.

“The act does not [sic] regulate aesthetic values of water. Here are some factors affecting the aesthetics of water in Flint,” the Feb. 3 memo said. 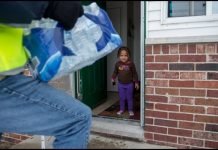 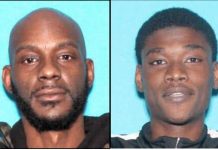