March 22 (UPI) — The endangered status for the rusty patched bumble bee is now official. Protections for the endangered species took effect on March 21.

Once common in 28 states, the District of Columbia and two Canadian provinces, the abundance of the rusty patched bumble bee has declined 87 percent. Its range now includes just 9 states and one province.

“The rusty patched bumble bee is among a group of pollinators — including the monarch butterfly — experiencing serious declines across the country,” Tom Melius, midwest regional director for the Fish and Wildlife Service, said in a news release.

The rule granting the species its endangered status was originally published in the Federal Register on January 11, 2017, and the rule was scheduled to become formal on February 10, but the Trump administration delayed all not-yet-finalized rules passed under former President Barack Obama for at least 60 days.

At the time, the White House said the delay would allow officials to review “questions of fact, law, and policy” related to pending regulations.

Though the delay inspired concern among conservationists, officials with the Fish and Wildlife Service said their conservation plans continued unabated.

“The change in the effective date from February 10 to March 21, 2017, is not expected to have an impact on the conservation of the species,” Gary Frazer, the agency’s assistant director of ecological services, said last month.

In the end, the delay came and went without further interference from the White House. The rusty patch bumble bee is now officially the first bumble bee species in the continental U.S. to be protected by the Endangered Species Act. 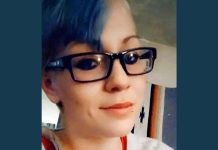