May 19 (UPI) — Turkish President Recep Tayyip Erdogan said Sunday he expects F-35 jets will be delivered “sooner or late”r to his nation despite a deal with Russia to purchase the S-400 surface-to-air missile system.

Turkey is among nine countries developing the F-35 Lightning II Joint Strike Fighter but the United States has opposed shipment of the stealth jets if the nation goes ahead with the missile system purchase.

“Sooner or later, we will receive the delivery of the F-35s, their equipment, and S-400s, too, will come to our country,” Erdogan said after a dinner attended by representatives of youth organizations at the historical Dolmabahçe Palace in Istanbul.

“There is absolutely no question of stepping back on the S-400 issue. It’s a done deal.”

Erdogan expects the air defense system will be delivered by the end of this year.

Turkey conducted technical studies and found there were no issues over the compatibility of the S-400s and the F-35s, Erdogan said.

“They [U.S.] are passing the ball around in the midfield now, showing some reluctance” Erdogan said at the dinner, noting the United States “not delivering them is not an option.”

In 2017, Turkey decided to purchase the S-400 system after efforts to purchase air defense systems from the United States were not successful.

The United States has repeatedly warned Ankara won’t receive the planes and sanctions could be implemented.

In April, the United States suspended the delivery of F-35 stealth fighter jets to Turkey.

Turkish pilots are receiving training at Luke Air Force Base in Arizona on the F-35s, which are manufactured by Lockheed Martin. Turkey is expected to buy 100 jets.

The Defense Department is seeking new parts suppliers to replace those from eight Turkish companies, which are set to do $12 billion in work on the F-35 program over the life of the jet, according to USNI News.

“The U.S. continues to speak with Turkey on a routine basis,” Ellen Lord, undersecretary of defense for acquisition and sustainment, told reporters last week during an update on the department’s acquisition reforms and major programs. “We have been very clear that the F-35 and the S-400 are incompatible. We have had Turkey as a NATO ally for many years, they’re also a very good supplier on the F-35 program. Those partners in the F-35 program are awarded supply chain contracts on the basis of value.”

Turkish companies make parts for the fuselage, landing gear and cockpit displays of the aircraft, according to Lockheed Martin. Some of them have been producing F-35 parts since 2004. For example, Fokker Elmo manufactures 40 percent of the F-35’s electrical wiring and interconnection system.

Six NATO countries have received F-35s: the United States, Australia, Britain, Italy, Norway and the Netherlands. Two other nations that also participated in the aircraft’s development — Canada and Denmark — are scheduled to receive the aircraft as well. Israel, Japan and South Korea also have signed foreign military sales contracts and received aircraft. Last May, Israel claimed to be the first country to use an F-35 in combat for cross-border strikes in the Middle East. 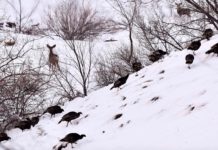 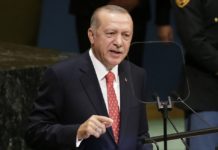