May 16 (UPI) — An exploding e-cigarette caused the death of a 38-year-old St. Petersburg, Fla., man earlier this year, a medical examiner’s report said, the first confirmed death to be blamed on the device in the United States.

The Pinellas County medical examiner said Tallmadge “Wake” D’Elia died May 5 when a Smok-E Mountain Mech Works e-cigarette acted as a projectile and penetrated his skull and brain. The office ruled his death accidental.

The vape pen exploded, causing a fire in his home and burning at least 45 percent of his body.

FEMA records indicate D’Elia’s was the first death in the United States to be caused by e-cigarettes.

The type of vape pen D’Elia used is described online as not having any safety features.

Gary Wilder, owner of Lizard Juice, a vaping store, told WFTS-TV in Tampa Bay that he doesn’t sell the brand, which he described as “unregulated” because they can overheat.

“Any other e-cig that has a computer chip in it prevents that from happening,” he said.

Smok-E Mountain, the company that made the pen D’Elia used, said it doesn’t believe their device was to blame and instead pointed the finger at the atomizer — the part that goes in a person’s mouth — or the battery. 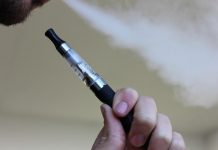 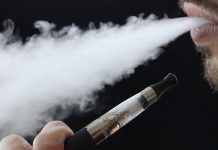 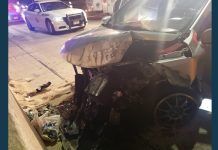 Impairment being investigated as factor in Utah County crash