April 5 (UPI) — Federal authorities have charged a man with making false statements, for claiming this week to be a boy who was kidnapped in Wisconsin eight years ago.

The Cincinnati bureau of the FBI said it’s charged 23-year-old Brian Rini in the case. Rini said he was Timmothy Pitzen, a 6-year-old boy who disappeared in 2011 after the death of his mother. As part of his story, he said he’d escaped from his abductors in Kentucky. A DNA test late Thursday disproved his claim.

“False reports like these can be painful to the families of missing children and also divert law enforcement resources in order to investigate these untruthful claims,” Herb Stapleton, acting special agent in charge of the FBI Cincinnati field office, said in a statement Friday.

“Law enforcement takes dishonest reports seriously, and we caution that people making false claims can and will face criminal penalties.”

Father James Pitzen said in 2011 he last saw his son on his way to school, and that his mother picked him up later for a visit to a Wisconsin water park. Kara Jacobs, the boy’s aunt, said James Pitzen was “devastated once again” by the developments and outcome.

Rini, who has a criminal record that dates back to 2013, was booked Friday in the Hamilton County Jail at the request of the FBI.

Aurora Police spokesman William Rowley said if nothing else, he hopes the ordeal will renew interest in the boy’s disappearance.

“It’s good that it’s got people thinking about the case again, and perhaps has people looking at the case with new eyes,” he said. 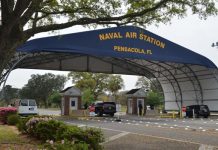 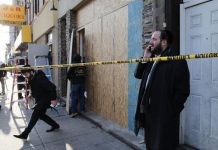