The smaller statue’s temporarily installment in front of the larger bull statue comes to an end a little more than a year after it was first erected with funding from State Street Global Advisors financial firm. It quickly became a rallying point for gender-equality activists — its installation coincided with International Women’s Day on March 8, 2017.

“She is a powerful symbol of the need for change at the highest levels of corporate America-and she will become a durable part of our city’s civic life,” de Blasio said of the statue by artist Kristen Visbal.

He said the new location is safer for visitors — the previous location was on a narrow median on Broadway.

“Since Fearless Girl’s placement, more than 150 companies have now added a woman to their board. Our hope is that by moving closer to the NYSE she will inspire many more companies to take action,” CEO and President Cyrus Taraporevala said.

The installation of Fearless Girl last years was met with backlash from Arturo Di Modica, the sculptor of Charging Bull. He threatened a lawsuit, saying the placement of the statue next to his violated his rights.

Di Modica said he spent $350,000 and two years creating Charging Bull, which he placed on Wall Street without permission after the 1987 stock market crash to symbolize the United States’ resilience. He said he supported gender equality, but Fearless Girl has only brought negative attention to Charging Bull.

Visbal said she was “thrilled” the statue will remain in New York City, “inspiring global collaboration between genders for better decisions, and an improved environment at every strata of society.” 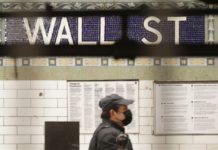 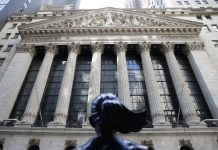