Long leaves after working two years in the Trump administration. During that time, he said he oversaw the agency’s response to more than 220 declared disasters, including 2017’s devastating hurricane season.

“While this has been the opportunity of the lifetime, it is time for me to go home to my family — my beautiful wife and two incredible boys,” he said. “As a career emergency management professional, I could not be prouder to have worked alongside the devoted, hardworking men and women of FEMA for the past two years.”

Long said Peter Gaynor will take over as acting FEMA administrator upon his departure.

Last year, Long came under scrutiny for his unofficial use of government vehicles. Homeland Security Secretary Kirstjen Nielsen said he used the vehicles to travel from home to work — 6 hours between North Carolina and Washington, D.C. — without authorization.

He was ordered to reimburse the government for their use.

“As the leader of this agency, I accept full responsibility for any mistakes that were made by me or the agency,” Long said at the time. “The secretary and I are taking corrective action to prevent such mistakes from happening in the future.” 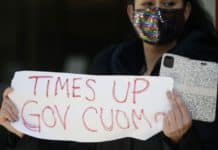