May 13 (UPI) — Two float planes collided and crashed in southern Alaska on Monday afternoon, killing five people, and injuring 10 others with one missing.

Both planes carried passengers from the Royal Princess, Princess Cruises confirmed to KTUU-TV.

The two aircraft were found in the vicinity of George Inlet near Ketchikan, the Coast Guard said in a news release. The area is close to British Columbia, Canada, and 285 miles south of Juneau.

Princess said all five confirmed fatalities — four passengers from the cruise ship and the pilot — were aboard a deHavilland Beaver, on what was described as an “independent” air tour.

A deHavilland Twin Otter, which is marked as Viking Air and was flown by local flightseeing operator Taquan Air, included 10 passengers from the excursion sold through Princess, and the pilot. One person’s status on the plane is unknown.

Royal Princess departed Vancouver on Saturday and is scheduled to arrive in Anchorage on Saturday.

The ship, with a capacity of 3,600 passengers, is among 17 operated by Princess Cruises, which is owned by Carnival Corp.

Ten people were hospitalized at PeaceHealth Ketchikan Medical Center. One was in critical condition, three people were in serious condition and six others were in fair condition, Mischa Chernick, a hospital official told KTUU-TV.

The Coast Guard could not determine why the planes were down.

“We don’t know if the incidents were — if one had a hand in the other,” U.S. Coast Guard Petty Officer Jon-Paul Rios told KBBD radio. “We don’t know. That’s all stuff we’re looking into, but as of right now safety of life at sea is of the utmost importance so that’s what we’re focusing on.”

Jerry Kiffer of Ketchikan Volunteer Rescue Squad told KRBD radio that the planes were a Beaver and an Otter.

“Both of them were near shore: One on one side of George Inlet, one on the other side,” Kiffer said.

The Coast Guard said partner agencies and good Samaritans assisted with the investigation.

Last summer, a Taquan Air plane crash-landed going to Ketchikan from Prince of Wales Island. All 11 on board survived. And in 2017, seven people survived an Alaska Seaplane Tours float plane crash in Misty Fjords National Monument. 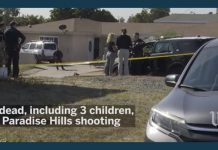