Jan. 28 (UPI) — Five people were killed in a shooting at a car wash in Pennsylvania on Sunday morning, state police said.

Three men and two women are among the dead in the shooting that took place in the small town of Melcroft in Fayette County.

A sixth person was injured and taken to the hospital.

The suspect used a semi-automatic rifle in the shooting and it was unclear if the shooter was among the deceased, KDKA reported.

“We arrived on scene and State Police discovered that there were four fatalities from gunshots,” said Uniontown State Police Trooper Robert Broadwater. “We have no idea what’s really taken place here this morning.” 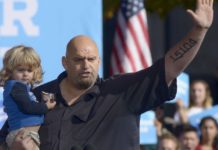