Feb. 28 (UPI) — A federal appeals court said Thursday that former Arizona Sheriff Joe Arpaio’s 2017 criminal contempt verdict, tied to defying a judge’s ruling to halt racial and ethnic profiling, will stand despite a presidential pardon, but has “no legal consequences.”

President Donald Trump pardoned Arpaio, now 87, in August 2017, with the White House citing over 50 years of “admirable service,” before a district court could sentence him.

The district court had found the former Maricopa County, Ariz., sheriff guilty of ignoring a judge’s order to stop racial and ethnic profiling in immigration enforcement weeks before the pardon.

The Department of Justice asked for the criminal conviction to be vacated and the case dismissed, along with asking that Arpaio not face any legal consequences.

The Justice Department and the ex-sheriff’s attorneys also asked to have Judge Susan Ritchie Bolton’s ruling vacated from the court in light of Trump’s pardon, but she refused, saying the pardon did not “revise the historical facts” of the case.

The 9th U.S. Circuit Court of Appeals ruled Thursday that Arpaio is not entitled to have the verdict vacated, but the district court’s finding of guilt on criminal misdemeanor contempt-of-court charge “has no legal consequences” since the pardon occurred before sentencing and there was no final judgment of conviction.

Circuit Judge Jay Bybee, in the 15-page opinion, joined by Circuit Judges Randy Smith and Daniel Collin, noted that although informally guilty verdicts often are referred to as convictions, they do not have the “final judgment of conviction,” which attaches at sentencing.

“The final judgment in this case was a dismissal with prejudice, and the district court’s findings of fact and conclusions of law played no role in that dismissal,” Bybee wrote.

Arpaio’s lawyer declared victory because the criminal contempt finding has “no legal consequences.”

“The court gave us exactly what we asked for, which is a finding that the judge’s guilty verdict is legally meaningless,” Arpaio lawyer Jack Wilenchik said in a statement. “The judge had found the opposite in her final order; she said that the guilty verdict may, or even should, be considered in future proceedings.” 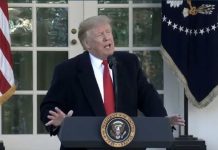 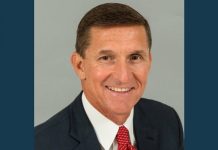