Hours after a tense exchange in the presidential debate over old comments Trump made calling Machado “Miss Piggy,” the candidate reaffirmed the accusation, saying her weight after winning Trump’s pageant was “a real problem.”

Hillary Clinton invoked Machado’s story near the end of Monday night’s debate, chastising Trump for his treatment of Machado. Trump offered no specific recollection of Machado during the debate, but by Tuesday morning recalled her as a problematic Miss Universe winner, “the worst we ever had — the worst, the absolute worst.”

He also told Fox News that Machado’s weight at the time was an issue.

“She gained a massive amount of weight, and it was a real problem,” Trump said.

Reports at the time indicated Machado, a 19-year-old from Venezuela who has since emigrated to the United States, went from about 120 pounds at the pageant to between 160 pounds and 170 pounds in the months after.

According to the Centers for Disease Control, the average American woman weighs 166.2 pounds.

Machado said she was humiliated by Trump, who was her boss because he owned the Miss Universe pageant. She said he called her “Miss Piggy” and, in a reference to her Venezuelan roots, “Miss Housekeeping.” At one point in 1996, Trump forced Machado to do a workout session in front of television cameras and branded her “Miss Eating Machine.”

Hillary Clinton’s campaign released a video Tuesday morning featuring Machado now, and clips of her and Trump from 1996, after she won the Miss Universe crown, mocking her for her weight.

The Clinton campaign also held a press call for Machado, who has endorsed Clinton, to speak to reporters about Trump’s treatment of her.

Machado said Tuesday she has worked for years to overcome the stigma she felt from Trump after winning the Miss Universe pageant.

“I worked, working really hard to [forget] that moment, my eating disorders after that year. I was in the middle of that problem for three or four years,” Machado said.

Asked if she had any recent interactions with Trump, Machado said “no.”

Machado is now an actress in Latin American television and sells a line of beauty products. 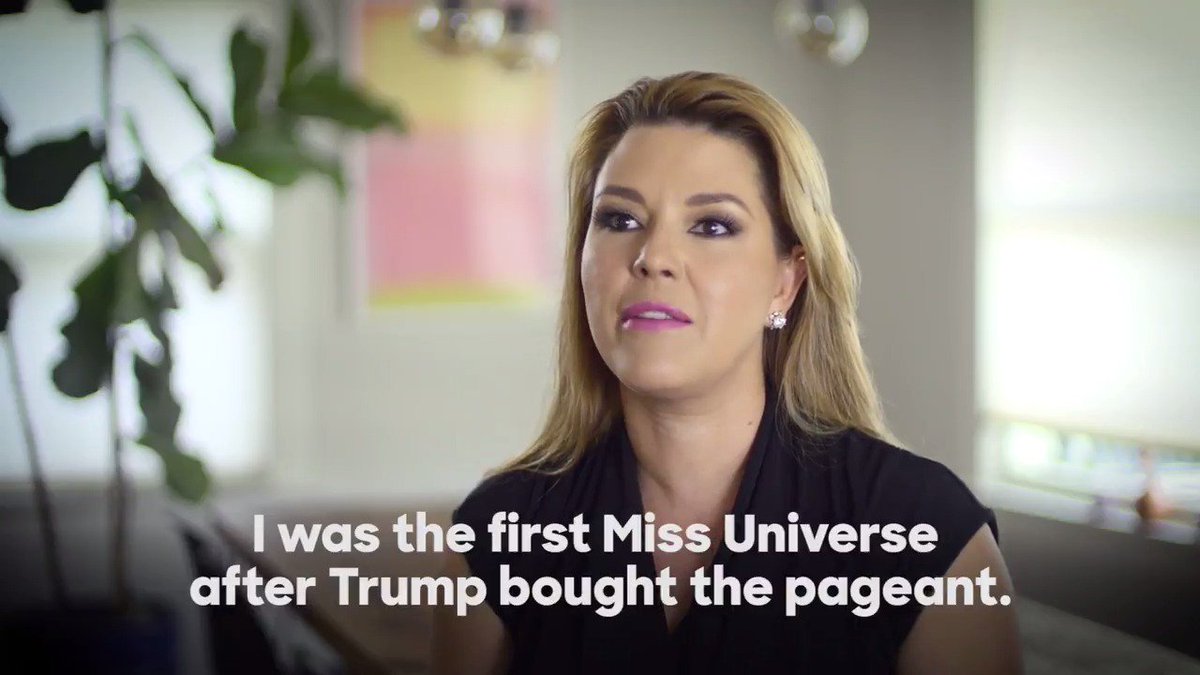 This morning: “She gained a massive amount of weight…it was a real problem.”