Feb. 26 (UPI) — U.S. Customs and Border Protection officials in Houston detained a French historian for 10 hours while on his way to speak at a symposium at Texas A&M in College Station.

Rousso was on his way to speak at the Hagler Institute Symposium at Texas A&M.

Because he was going to be paid for his participation at the conference, an immigration official felt that he should have a working visa, not a tourist visa, when entering the United States and ordered him deported.

He posted on Twitter: “I confirm. I have been detained 10 hours at Houston Itl Airport about to be deported. The officer who arrested me was ‘inexperienced.'”

“When he called me with this news two nights ago, he was waiting for customs officials to send him back to Paris as an illegal alien on the first flight out,” Richard Golsan, director of the Melbern G. Glasscock Center for Humanities Research at Texas A&M, told The Eagle.

Marouf said the decision to detain and deport Rousso on the next available flight was an “extreme response.”

“In the past, I had not seen anything like that happening,” Marouf said. “It seems like there’s much more rigidity and rigor in enforcing these immigration requirements and the technicalities of every visa.”

Rousso is a senior researcher at the National Center for Scientific Research in Paris, one of France’s largest public research institutes. Rousso also has been a research associate and visiting professor at many U.S. institutions, including Harvard University, Dartmouth College and the Center for Advanced Holocaust Studies at the U.S. Holocaust Memorial Museum.

He frequently has spoken at Texas A&M on the French Vichy government during World War II and the Holocaust.

Rousso gave his lecture Friday titled “Writing on the Dark Side of the Recent Past,” which looked at the way in which historians must re-evaluate their approach to writing history when opinions are so heavily weighted.

He posted on Twitter: “Thank you so much for your reactions. My situation was nothing compared to some of the people I saw who couldn’t be defended as I was.”

He was born in Cairo, Egypt, in 1954, but his family was expelled from Egypt two years later. 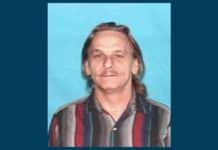