BANGKOK, April 26 (UPI) — A gay American and Spanish couple have won a long custody battle for their Thai baby in Bangkok’s Family Court over the Thai surrogate mother who wouldn’t give the child up because they were gay.

The court ruled that Gordon Lake, 41, an American and the child’s biological father, was her legal guardian despite Thailand not recognizing same-sex marriage. The child was also born in January 2015, before the country banned commercial surrogacy.

An agency called New Life set up the surrogacy with Lake as the sperm donor and an anonymous egg donor. The fetus was then carried to term by Patidta Kusolsang.

After handing over the girl, named Carmen, to Lake shortly after giving birth, Kusolsang found out Lake was married to Spaniard Manuel Santos and refused to sign the paperwork that would allow the child to get a passport and leave with the couple back to their home in Spain, where they also have a a two-year-old boy, born to a surrogate mother in India.

As the case continued for over a year, Lake and Santos reportedly were forced to crowd fund $36,000 to help pay their legal and living expenses

New Life claimed Kusolsang had been fully informed the clients were a gay couple.

“Now we can fly to Spain with Carmen,” Santos said. “We expected this, because it was so clear that Carmen would have to grow up with us. Because we love her, she is our daughter, and she knows her family. She is really happy with us. And (Kusolsang) is not the biological mother.” 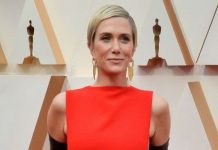 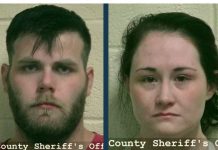