The Georgia Bureau of Investigation identified the slain officer as Chase Maddox, 26, who worked for the Locust Grove Police Department since he was 22. The two injured deputies were Michael Corley and Ralph Sidwell “Sid” Callaway, both with the Henry County Sheriff’s Office.

Henry County Sheriff Keith McBrayer said the shooting happened Friday morning when the two deputies attempted to serve an arrest warrant on an unidentified man at a residence in Locust Grove. the sheriff said that after talking to the suspect for about 10 minutes, they realized they would have difficulty arresting the man.

“They notified radio, and a Locust Grove city police officer came to be a backup for them,” McBrayer said during a news briefing. “He was there three minutes after that.”

While attempting to arrest the man, an altercation broke out and all four men were shot. He did not specify who shot whom, but the suspect also died and police weren’t searching for any shooters.

Of the two deputies who were injured, one was in serious condition and was undergoing surgery for an abdominal injury, while the other was in fair condition and had been released from the hospital. Both were transported to Atlanta Medical Center.

Maddox died after arriving at a hospital.

Locust Grove Mayor Robert Price described Maddox as a “smart young man” who had been hired directly out of school. He said the officer’s wife was expecting their second child “any day now.”

The GBI said it has identified the suspect, but is withholding his name pending notification of his family. 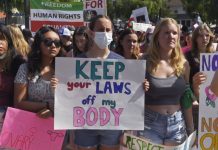 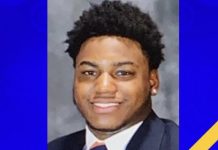