April 28 (UPI) — The House of Representatives Committee on Foreign Affairs on Monday launched an investigation into President Donald Trump’s halting of funds to the World Health Organization, ordering the State Department to hand over pertinent files by next week.

The Democratic chairman of the committee, Eliot Engel, told Secretary of State Mike Pompeo in a letter the Trump administration’s explanation for withholding future money from the U.N. health agency is “inadequate” and that he has until May 4 to deliver to the committee a slew of documents, including correspondence regarding WHO funding and lists of personnel involved with the U.N. agency.

“The Committee of Foreign Affairs is determined to understand the reasons behind this self-defeating withdrawal from global leadership,” Engel wrote.

Trump announced the controversial order to stop funding the WHO on April 14, receiving praise from some Republicans and widespread condemnation from Democrats.

The Trump administration has defended the decision, stating the organization hasn’t fulfilled its responsibility while being “China-centric” and aiding the Asian nation in its disinformation campaign. The White House has repeatedly accused China of having attempted to cover-up its initial response to the outbreak and producing an opaque front concerning information about the virus.

Pompeo said late last week China has resisted cooperating with the United States concerning the virus and the WHO has failed to force it to comply.

He said the United States may never reinstate funding to the organization, saying it is in need of “a structural fix.”

Engel agreed in his letter to Pompeo that the WHO is an “imperfect organization” that has “made mistakes during the course of this unprecedented emergency,” but it has played “an invaluable role” in curbing the spread of the virus and Trump’s decision to cut funding was to create a political distraction from his “calamitous” response.

He also said by withholding funding from the WHO the United States will be ceding space for China to continue to exert its influence.

“Attacking the WHO, rather than the COVID-19 outbreak, will only worsen an already dire situation by undermining one of our key tools to fight the spreading disease,” Engel wrote.

If Pompeo does not provide the materials by next Monday, the committee said it will “consider all other measures at its disposal.”

The United States was by far the largest funder of the WHO, contributing more than $890 million during the two-year cycle of 2018 and 2019. 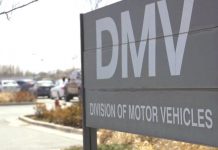