The subpoenas were sent as part of the committee’s ongoing investigation into potential obstruction of justice, corruption and abuse of power in the White House and a request that both women provide documents by June 4. They also call for Hicks to testify on June 19 and Donaldson on June 24.

“I have issued these subpoenas today to two critical witnesses who have worked closely with the president,” House Judiciary Chairman Jerry Nadler, D-N.Y., said in a statement. “We are seeking the information in order to conduct proper oversight, consider potential legislation and perform our constitutional duties.”

Hicks resigned as White House communications director in February 2018 and testified before the House intelligence committee in its probe into alleged Russian meddling in the 2016 presidential election a day after.

In March, she agreed to comply with the House judiciary’s request to turn over documents in its probe.

McGahn defied another subpoena by the committee at the instruction of the White House on Tuesday, declining to appear for testimony before the House.

“As I said earlier today, the judiciary committee’s investigation into obstruction of justice, public corruption and abuse of power by President Trump and his administration will continue,” said Nadler. 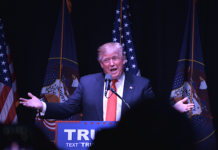 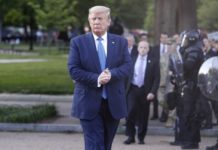 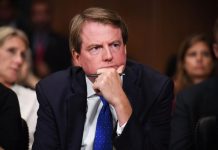