Echoing earlier statements by U.S. Secretary of State Mike Pompeo, Trump dismissed Iran’s counterattack in a national speech Wednesday in which he justified Soleimani’s death by calling him a “ruthless terrorist” with American and Iraqi blood on his hands.

“Our missiles are big, powerful, accurate, lethal and fast,” he said. “We do not want to use it. American strength, both military and economic, is the best deterrent.”

Trump has previously threatened military action against foreign adversaries like Iran and North Korea, but House Democrats want to ensure he won’t act unilaterally. After Wednesday’s private meeting, they said they were disconcerted the administration’s argument for killing Soleimani wasn’t more concrete.

“There was no raw evidence presented that this was an imminent threat,” said Rep. Pramila Jayapal of Washington.

“I didn’t hear anything in the briefing that there was a lawful basis for the attack and that the threat was imminent,” added Rep. David Cicilline of Rhode Island.

“Members of Congress have serious, urgent concerns about the administration’s decision to engage in hostilities against Iran and about its lack of strategy moving forward,” Pelosi said Wednesday. “Our concerns were not addressed by the president’s insufficient War Powers Act notification and by the administration’s briefing today.”

The Republican-held Senate introduced a bipartisan resolution on Wednesday that underscores the fact Trump does not have congressional authorization to pursue military action against Iran.

Introduced by Sens. Jeff Merkley, D-Ore., and Rand Paul, R-Ky., the resolution warns that government authorizations to use military force against terrorists and the state of Iraq, adopted in 2001 and 2002 in the early stages of the U.S. war on terror, do not legally permit the Trump administration to unilaterally launch military action against Iran. 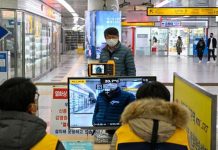