July 28 (UPI) — Mars is the closest it has been to Earth in 15 years, offering the Hubble Space Telescope especially clear views of the Red Planet.

To celebrate the close approach, NASA and Hubble shared several new images of Mars and Saturn, which is also making its closest approach.

When Earth, Mars and Saturn are in alignment, they’re said to be in opposition. Mars is currently 36.9 million miles from Earth.

“We’re always looking for excuses to share Hubble’s images,” Bonnie Meinke, astronomer with the Space Telescope Science Institute, told UPI. “But we can also use these images and observations for scientific purposes.”

The high resolution images offer scientists another opportunity to gauge the scope of the dust storm currently swirling on Mars.

“We have all of these spacecraft on or around Mars, rovers on the ground looking up and probes in orbit looking down,” Meinke said. “Sometimes you need a view from farther away to capture that global perspective.”

Hubble is helping astronomers and planetary scientists capture that perspective. In addition to a long-distance perspective, Hubble also offers a long-term perspective.

“Hubble has been observing Mars for more than 25 years,” Meinke said.

As a result of that longevity, scientists can compare the latest Martian portraits with those of years past. By tracking Mars seasonal changes over time, scientists can calibrate their models and better understand this season’s dust storm.

“What we do know is that there are a few dust reservoirs on Mars — this is where small storms erupt, eventually they merge and grow and go global,” Meinke said.

But Meinke acknowledged that scientists still don’t have a good grasp of how and why some storms grow bigger than others. The latest storm, while large, isn’t as massive as the storm that cropped up several years ago.

While the current dust storm is making it difficult for some Martian rovers to recharge their batteries, every dust storm offers scientists a chance to better understand the dynamics of Mars’ atmosphere.

“Having particles lofted into the air helps us study wind patterns and see how they interconnect and change over time,” Meinke said. “It’s like using dye to study fluid dynamics.”

Ultimately, the observations of Hubble and other spacecrafts will help scientists analyze planets — and atmospheres, when the James Webb Telescope comes online — outside our solar system. 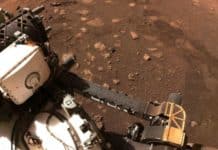 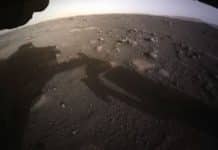 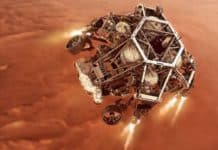