July 16 (UPI) — Archaeologists have unearthed a massive Neolithic settlement near Jerusalem. The 9,000-year-old site is the largest prehistoric settlement discovered in Israel, and one of the largest of its kind in the region.

The ancient settlement was found when construction crews on a road-building project broke ground five miles outside of Jerusalem, near the town of Motza. Archaeologists were called in and a large-scale dig is now under way.

“This is the first time that such a large-scale settlement from the Neolithic period — 9,000 years ago — is discovered in Israel,” Hamoudi Khalaily, an archaeologists with the Israel Antiquities Authority, said in a news release. “At least 2,000 to 3,000 residents lived here — an order of magnitude that parallels a present-day city!”

Khalaily and Jacob Vardi are leading the excavations on behalf of the IAA. So far, the dig has turned up a variety of large buildings, some used for housing, and others built as public spaces and places of ritual.

“In a place where people live, there are dead people, as well,” Vardi said. “Burial places have been exposed in and among the houses, into which various burial offerings have been placed — either useful or precious objects, believed to serve the deceased in the next world. These gifts testify to the fact that already during this ancient period, the residents of this site conducted exchange relationships with faraway places.”

Archaeologists have recovered items made of volcanic glass, sea shells from the Mediterranean, stone figurines, children’s bracelets, pearl jewels, medallions and more. Researchers have also found a variety of flint tools, including arrowheads, axes and blades.

The findings, announced by the IAA on Tuesday, suggest a remarkable level of sophistication among the settlement residents. Archaeologists have found evidence of animal domestication, intensive agriculture and grain storage. 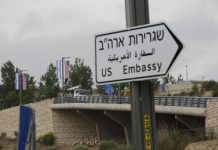