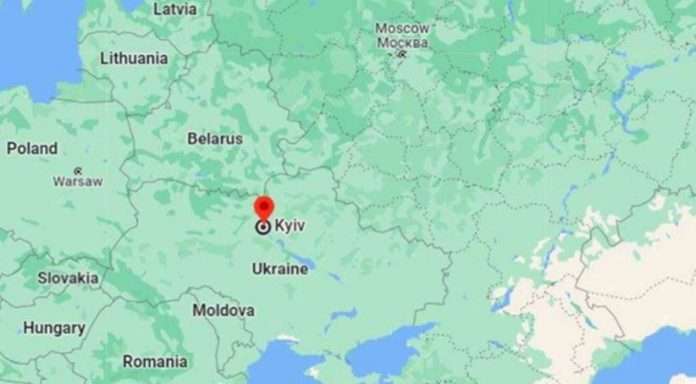 March 10 (UPI) — As part of a three-day visit in Eastern Europe, U.S. Vice President Kamala Harris said in Poland on Thursday that President Joe Biden’s administration would welcome a war crimes investigation that focuses on Russian attacks in Ukraine.

Harris made the trip to Poland on Wednesday in an official effort to support Ukraine, NATO and other nations under threat from Russia. She will also visit Romania before returning to the United States.

During a joint news conference in Warsaw with Polish President Andrzej Duda, Harris pledged $53 million in new humanitarian assistance to support Ukrainians affected and displaced by the Russian war — and said that Moscow’s assault should be the subject of an international war crimes investigation.

“When it comes to crimes and violations of international norms and rules, we are also very clear that any intentional attack on innocent civilians is a violation,” she said. “The U.N. has set up a process by which there will be a review and investigations, and we will of course participate as appropriate and necessary.”

Harris punctuated her statement by citing the Russian airstrikes on Wednesday that flattened a children’s hospital and maternity ward in Mariupol in southern Ukraine.

“Absolutely there should be an investigation, and we should all be watching,” she added. “And I have no question the eyes of the world are on this war and what Russia has done in terms of this aggression and these atrocities. I have no doubt.”

Harris promised that the new humanitarian aid will be made through the U.S. Agency for International Development, and that it includes funding for the United Nations World Food Program to provide emergency food assistance in Ukraine. She also noted billions in Ukraine aid that was in a bill passed by the House on Wednesday.

Harris also met with Polish Prime Minister Mateusz Morawiecki on Thursday, and spoke about tens of thousands of Ukrainian refugees who have crossed into Poland since the Russian invasion.

“I have been watching and reading about the work of ordinary people doing extraordinary things in this time of great difficulty,” Harris told Morawiecki, according to a statement released by the White House.

“I bring you thanks from the American people to the Polish people for what you all have been doing. We will discuss many issues today, and it will include the ongoing commitment that the United States has to support of this region, including the people of Ukraine.”

The White House said the United States has provided Ukraine with almost $160 million in humanitarian aid since October 2020, including more than $100 million in the past two weeks.