Dec. 4 (UPI) — Two Indian physicians have lost their jobs after a baby they declared dead last week was found to be alive shortly not long before he was supposed to be buried.

Doctors said the 22-week-old twins, a boy and girl, did not survive after their births Thursday at a private hospital in New Delhi.

Several hours after the babies’ bodies were given to their families for burial, however, their parents noticed one was still moving.

“They handed us both bodies wrapped like a courier package from the back door. After we traveled … we felt a movement in one,” said the babies’ grandfather. “We ripped it open, found bits of plastic and the baby [boy] inside, breathing.”

The newborn was taken to another hospital and put on an incubator to help him breathe, officials said.

“We have decided to terminate the services of the two treating doctors, Dr. A. P. Mehta and Dr. Vishal Gupta in the case relating to the twin extreme pre-term babies,” the hospital said Saturday, adding that the case will be investigated with input from the Indian Medical Association.

The family of the twins said they didn’t receive any news from the hospital for days after the deliveries.

The Indian government’s health ministry also will begin an investigation. Health Minister Satyendar Jain called it a case of “shocking criminal negligence” and said the hospital’s license could be canceled if medical negligence is found. 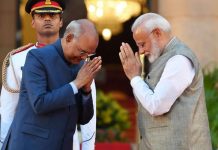 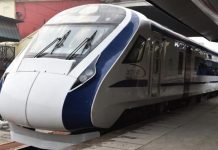