The witness called police in Uttar Pradesh’ Unnao on speaker phone, allowing her to speak to police.

Five men poured kerosene on her and set her on fire, including two she accused of raping her, police said.

She has been airlifted to Delhi hospital, and she has been in critical condition suffering serious burns.

Police said the woman’s attackers included two men she accused of raping her, including one who had been missing and another who got out on bail last week.

The woman was headed to a local court for the hearing based on a first information report she filed in March accusing two men from her father’s village in Unnao of raping her and filming it. After local court intervention, the report was filed in neighboring Rae Bareli district.

“In her FIR, the woman said that one of the two accused was in a relationship with her in 2018, but he physically exploited her, lured her with a marriage proposal,” SK Bhagat, senior police officer from Lucknow, told reporters Thursday. “Later, he refused to get married and raped her with another friend.”

Bhagat said that “one of the accused was sent to jail,” but on Nov. 30, he was released.

The incident has sparked attacks on the state’s ruling Bharatiya Janata Party.

“Extremely sad and shocked to hear that Unnao rape victim was burnt earlier this morning,” Sule tweeted. “If the culprits were not shielded and prosecuted on time this wouldn’t have happened. Complete state of lawlessness in the state of Uttar Pradesh.”

“The Unnao incident is really unfortunate,” Maharaj told ANI. “It has to be condemned. I have used all my powers so that the investigation is done and the accused are punished. The girl has taken the names of five criminals. Out of these five, four have been caught. The search is on for the fifth. Criminals convicted in such heinous crimes should get capital punishment.”

In a separate incident, later Thursday, a young woman’s charred body was found in a mango orchard in West Bengal’s Malda district.

Police sources said that initial investigations indicated she was raped and strangled to death and set on fire.

A week ago a 27-year-old veterinarian’s charred body was found under a culvert at Shadnagar in Hyderabad after she was raped and killed. 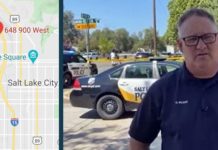