July 117 (UPI) — A mob in Indonesia slaughtered nearly 300 crocodiles, seeking revenge for a man who was killed after a crocodile bit him.

The group killed 292 crocodiles, ranging from adults to babies, at a crocodile farm in Sorong, West Papua on Saturday, shortly after the funeral for the 48-year-old man who was killed by a crocodile.

“One of the crocodile farm employees heard someone screaming for help and ran to the scene where they saw a person being mauled by a crocodile,” Basar Manullang, head of Indonesia’s natural resources conservation agency in West Papua said.

Hundreds of locals joined the man’s family, creating a mob to kill the crocodiles that outnumbered police and conservation officials.

“The residents used knives to slaughter the crocodiles,” a resident told the Jakarta Post. “The crocodiles were caught and dragged outside and stabbed to death. It was so horrid to see.”

Manullang said the farm is owned by a resident of Sorong, who had a legal permit from the Environment and Forestry Ministry to run it.

“The permit is legal and the process [to obtain it] in Jakarta took a long [time]. There were steps and requirements to meet, and it was under the authority of the local government,” he said.

He added the slaughter was “obviously against the law” and officials may press charges.

“The crocodile slaughter violated the law on destroying others’ property,” Manullang said. 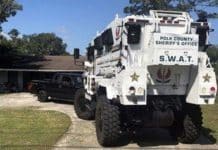 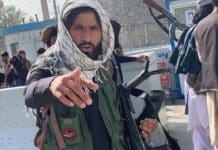 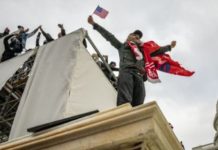