The center said in its 5 p.m. update Monday that Isaias was 60 miles south-southeast of Charleston, S.C., and 120 miles south-southwest of Myrtle Beach, S.C. It had maximum sustained winds of 70 mph and was moving north-northeast at 16 mph.

A tropical storm becomes a Category 1 hurricane once it produces maximum sustained winds of 74 mph.

Isaias increased its movement speed early Monday as it swirled off the coast of northeastern Florida and Georgia. Forecasters said Isaias will bring strong winds and heavy rainfall from the Carolina coast to the Mid-Atlantic coast.

“The center will then move inland over eastern North Carolina [Monday night], and move along the coast of the mid-Atlantic states on Tuesday and into the northeastern United States Tuesday night.”

Isaias, which was briefly a Category 1 hurricane near the Bahamas last week, churned up the Atlantic coast of Florida over the weekend. Radar images showed the bulk of the heaviest moisture remained well offshore, but the east coast of Florida saw some strong winds.

In Charleston, S.C., local officials were preparing sandbag pickup locations for residents, as a storm surge warning was in effect.

“All residents visiting these sites will be required to wear masks and gloves, and maintain six feet of distance between themselves and other patrons,” the city of Charleston said in a statement.

North Carolina Gov. Roy Cooper declared a state of emergency for portions of the state Friday and urged residents to prepare for Isaias.

“Now is the time for North Carolinians to prepare,” Cooper said. “[Storm] preparations will be different given the COVID-19 pandemic, and families need to keep that in mind as they get ready.”

Isaias previously made landfall in the Bahamas Saturday morning on the northern part of Andros Island. The storm’s maximum-sustained winds fluctuated between 80 and 85 mph before the storm weakened a bit due to its interaction with land.

The storm came within 40 miles west-southwest of Nassau on Saturday after leaving behind scenes of flooding in Puerto Rico.

Two people were killed in the Dominican Republic: a 53-year-old farmer and a 5-year-old boy crushed by a wall, according to Dominican Today.

Florida Gov. Ron DeSantis had declared a state of emergency in every coastal county of Florida’s Atlantic Coast while preparing for Isaias, from Miami-Dade to Nassau counties. He’d also sent a letter to President Donald Trump requesting a pre-landfall emergency declaration, which was approved.

Isaias became the earliest “I-storm” in recorded history last week, surpassing Irene, which formed on Aug. 7, 2005. The storm was also the earliest in the season to move through the Bahamas since 1995 when Category 1 Erin passed over the Abaco Islands and Grand Bahama on Aug. 1-2, according to Colorado State tropical meteorologist Philip Klotzbach. 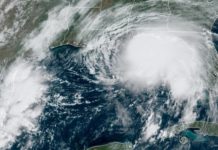 Sally ‘rapidly’ strengthens into hurricane ahead of U.S. arrival 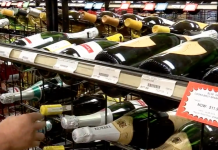