CARMEL, Ind., Sept. 6, 2016 (Gephardt Daily) — ITT Educational Services, Inc. announced today that it is permanently shutting down all of its academic operations at all of its ITT Technical Institutes.

One of the United States’ largest and most expensive for-profit institutes of higher education, ITT was hit with restrictions by the U.S. Department of Education in August that barred the parent company of ITT Tech from accepting any new students who rely on federal student loans or grants.

“With what we believe is a complete disregard by the U.S. Department of Education for due process to the company, hundreds of thousands of current students and alumni and more than 8,000 employees will be negatively affected.

“The actions of and sanctions from the U.S. Department of Education have forced us to cease operations of the ITT Technical Institutes, and we will not be offering our September quarter. We reached this decision only after having exhausted the exploration of alternatives, including transfer of the schools to a non-profit or public institution.”

The action by the Department of Education was largely the result of repeated concerns from the Accrediting Council for Independent Colleges and Schools, which accredits ITT, following several years of scrutiny by federal regulators, including strict oversight of what some viewed as the company’s shaky finances.

Anticipating that its action might result in closure of the schools, the Education Department said in August that it was increasing the amount of cash reserves ITT must send to the Department and it was ending its installment payment plan for the amount previously required.

“Finally, we’re slowing down when ITT receives student aid from the government to ensure that ITT is handling its finances properly,” the Education Department stated in August.

ITT today referred to the actions as “unwarranted … taken without proving a single allegation,” and pointed to a recent editorial in The Wall Street Journal that called the action a “lawless execution.”

Founded in 1969, ITT Tech operated more than 130 campuses in 38 states. Many of the 45,000 new students enrolled last year were able to pay only through federal loans and grants. Now those students will have to find another place to swap that money for an education.

In recent years, the tech educator has been accused of predatory student lending practices and inflating the quality and potential of an ITT education.

Completely removing federally funded students from the candidate pool was expected to have a devastating impact on the Indianapolis-based operation. In 2015, more than 70 percent of ITT’s $850 million in revenue was provided by federal aid. 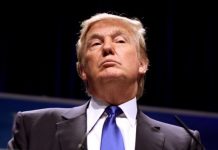 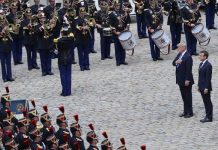 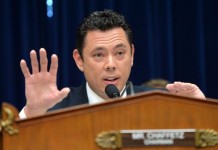