The 30-year-old woman pleaded guilty in December to one count of conspiracy to act as a foreign agent after her arrest last summer. At the time, Butina attended graduate school at American University in Washington, D.C.

In handing down Butina’s punishment Friday, the judge gave her credit for nine months she’s already served and ordered her deportation after she completes the rest.

On orders from Russian officials, Butina worked with boyfriend Paul Erickson — a Republican operative known as “U.S. Person 1” in court documents — to “establish unofficial lines of communication with Americans having power and influence over U.S. politics … for the benefit of the Russian Federation,” court documents said.

Prosecutors said while Butina didn’t act as a spy in the “traditional sense,” she still attempted to undermine the United States. In 2015, she used her influence to organize a trip to Moscow for members of the National Rifle Association to meet Russian Foreign Minister Sergey Lavrov. Prosecutors later offered her a plea deal in exchange for information on Erickson, who faces money laundering charges in a separate case.

“You have a future ahead of you. I wish you the best luck,” the judge told Butina at the sentencing hearing.

Butina told the court Friday she only wanted to better herself with a university degree and mend U.S.-Russia relations. 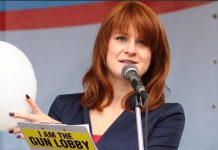 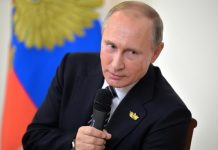 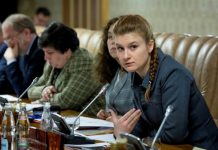