March 24 (UPI) — Attorney General Jeff Sessions announced Friday the Justice Department is proposing an amendment to existing regulations that would effectively ban bump stocks and other devices that allow the rapid firing of firearms.

The public notice of the proposed regulation follows up on the idea first floated earlier this month by the department.

Session said that under the proposed change to Bureau of Alcohol, Tobacco, Firearms, and Explosives regulations, bump stocks would fall within the definition of a “machine-gun.”

“Since the day he took office, President [Donald] Trump has had no higher priority than the safety of each and every American,” Sessions said. “That is why today the Department of Justice is publishing for public comment a proposed rulemaking that would define ‘machinegun’ to include bump stock-type devices under federal law — effectively banning them.”

The legality of bump stocks faced scrutiny in October when a gunman used them in the Las Vegas mass shooting that left 58 people dead.

“After the senseless attack in Las Vegas, this proposed rule is a critical step in our effort to reduce the threat of gun violence that is in keeping with the Constitution and the laws passed by Congress,” Sessions said. “I look forward to working with the president’s School Safety Commission to identify other ways to keep our country and our children safe, and I thank the president for his courageous leadership on this issue.”

The proposed change must undergo a public comment period before a final regulation is implemented.

In February, Massachusetts became the first state to implement a ban on the purchase and possession of bump stocks since the Las Vegas shooting months before. California and New York already banned the devices prior to the shooting and New Jersey passed a law in January. 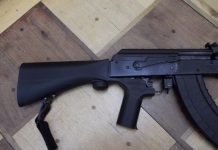 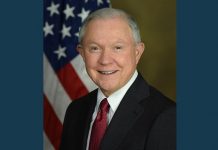