The Hawai’i County Civil Defense said the damage this week left four homes standing in Kapoho, a town on the state’s Big Island. The lava flow, which began in May, also filled in the town’s bay and spread to create new land into the ocean.

HVO said the lava channel no longer reaches the ocean, but oozing along the northern section of the flow is entering the water.

The fissure created Pele’s hair, lightweight volcanic glass fragments sent into the air. HVO warned high winds could send the particle “greater distances” than normal. The particles can cause irritation to eyes and skin.

The other active fissure, 22, was “weakly spattering” with “weak flow” toward the east.

The eruptions have displaced thousands of people on the island. Hawai’i County Mayor Harry Kim declared a state of emergency for the next 60 days and issued a third supplementary emergency proclamation. 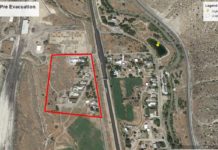 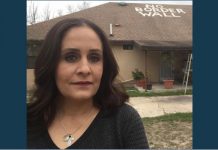 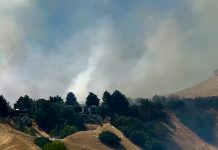