Aug. 15 (UPI) — Congressional lawmakers have left Capitol Hill for the remainder of the August recess, without a deal for the next COVID-19 relief package, which is expected to send another stimulus payment to most Americans.

The House and Senate are now both on recess. House Democratic leaders and negotiators from the White House have worked this month to find a deal on another relief bill. Both chambers have crafted relief aid but the two sides remain far apart on certain provisions.

Unless negotiators reach an agreement, lawmakers will not return to Capitol Hill until September. The House is scheduled to return Sept. 14 and the Senate the second week of the month.

Adding to the uncertainty are both parties’ national nominating conventions, which will be held over the next two weeks. The Democrats will stage theirs next week and the Republicans a week later.

“I want you to see how vast our differences are,” Pelosi told reporters Thursday.

“It’s no wonder we have a vast difference because this administration, other Republicans in Congress have never understood the gravity of this situation.”

Democrats have said they want the Republican proposals to increase COVID-19 spending, from $1 trillion to $2 trillion, and re-introduce a federal unemployment benefit that paid out-of-work Americans an extra $600 per week. The benefit expired last month.

The Republican proposal does re-introduce the enhanced federal benefit, but at reduced amounts. The Democratic plan calls for the same $600 payment per week.

White House economic adviser Larry Kudlow argued that $2 trillion is “too much” and said a Democratic effort to add funding for the U.S. Postal Service is part of a “liberal left wish list.” Trump has said he opposes new USPS funding — which critics say is an attempt by the president to stifle mail-in votes for the general election in November.

Democrats initially asked for $3 trillion in spending, which included relief for states, but the proposal has been summarily rejected by GOP negotiators.

At a press briefing Friday, President Donald Trump accused Democrats of holding up the process.

“I’ve directed the secretary of the Treasury to get ready and send direct payments, $3,400 for a family of four, to all Americans,” he said of the provisions in the GOP plan. “Democrats are holding this up.”

Trump said he’s also ready to send “rental assistance” payments and more than $100 billion to states so they can reopen schools safely for the fall. 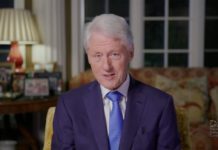 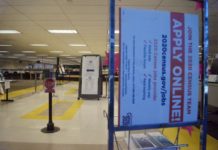