May 22 (UPI) — A small Boston company is suing Apple and Visa, accusing the companies of patent infringement with their Apple Pay digital payment technology.

With Apple Pay, users enroll a credit card on their phone, touch a finger to the iPhone’s Touch ID sensor and pay a merchant with a signal using one-time tokens from the phone

When Apple announced its Apple Pay service in September 2014, the company “touted the same benefits that USR had introduced to Apple and Visa in 2010,” according to the complaint.

“Just as USR disclosed to Apple and Visa that its patented technology eliminated the need to store or transmit payment-card account numbers, Apple bragged to its users that with Apple Pay ‘the credit card isn’t stored on the device,’ ” lawyers for USR said in the complaint.

In 2010, USR said it sent Apple letters describing its patented technology and seeking a partnership but didn’t hear back from the company.

Weiss also said he had extensive meetings in 2010 with Visa officials, including its chief executive at the time, about working together on the technology. In an interview with The New York Times, Weiss said that Visa had signed a 10-year nondisclosure agreement for access to the technology but a license was never signed.

Weiss said patent specialists Quinn Emanuel Urquhart & Sullivan advised him to file the suit instead of first seeking a license agreement or royalties from Apple or Visa.

He founded Security Dynamics in 1984 and the company acquired RSA Data Security in 1996.

The RSA SecurID token system is now used by people to authenticate and secure communications with corporate and government computer systems. RSA was acquired by Dell EMC last September.

After leaving Security Dynamics in 1996, Weiss focused on payment technologies and planned to license them to larger companies. Weiss is now building its own device after unsuccessfully licensing its technology.

He said he is still hoping to reach some kind of agreement with Apple and Visa.

“My intention is still to get into a conference room with them and resolve this,” he told the Times. 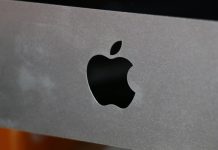 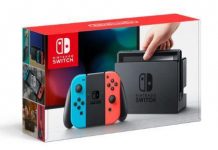 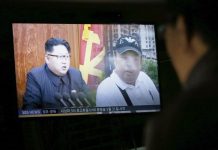