The new measures, mostly decreasing or clarifying restrictions on places or situations where licensed gun owners can carry or store their firearms or ammunition, were passed during the 2019 legislative session, which ended in June.

HB 1143 states that school districts cannot prohibit licensed gun owners, including school employees, from storing firearms or ammunition in locked vehicles at school parking lots if they are not in plain view. Another law, HB 2363 allows some foster homes to store firearms and ammunition in a safe and secure place, provided they are stored together in the same locked locations.

HB 302 and SB741 prohibit agreements that prevent residents from lawfully possessing, carrying, transporting or storing firearms or ammunition on their property.

HB 121 provides a legal defense for licensed gun owners who unknowingly enter establishments with signage dictating guns are prohibited if the person promptly leaves after being asked.

SB 535 clarifies laws on possession of firearms in places of worship, stating that licensed handgun owners can legally carry their weapons the same as on other private property.

HB 177 prevents people from being charged for carrying a handgun without a license while evacuating from or returning to an area during a disaster and gives disaster shelters the option to accommodate evacuees with firearms.

HB 1387 loosens restrictions on the number of armed school marshals a school district may appoint.

The laws came into effect a day after a gunman killed seven people and injured about two dozen others after a traffic stop in West Texas and nearly a month after a gunman shot and killed 20 people in an El Paso Walmart.

Democrats called for national gun control legislation after the shooting, with former Texas Rep. Beto O’Rourke stating his frustration that “thoughts and prayers” have “done nothing” to prevent the shootings occurring throughout the country.

“A hundred killed daily in the United States of America. We’re averaging about 300 mass shootings a year. No other country comes close,” he said, while appearing on CNN’s State of the Union.

House Speaker Nancy Pelosi called on the Senate to “end its obstruction and finally pass the commonsense, bipartisan, House-passed gun violence prevention legislation that the country is demanding.”

“Every day you wait, more tragedies happen,” she wrote. “Do something Senator McConnell. America is done waiting for you.”

Minnesota Sen. Amy Klobuchar said she wanted lawmakers to “go back to work in the Senate weeks ago to pass the bills to start fixing this,” while New Jersey Sen. Cory Booker called for an end to the National Rifle Association and the “corporate gun lobby.”

President Donald Trump on Sunday said that the shooting on Saturday did not affect the government’s approach to national gun reform. 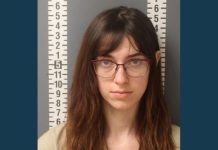 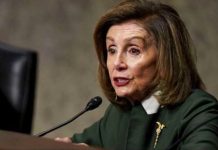 Pelosi says she will not lead Democrats in next House session 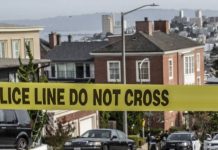