Nov. 30 (UPI) — A 4.1-magnitude earthquake struck Delaware Thursday afternoon with effects of the quake stretching along the Atlantic coast.

The earthquake occurred at about 4:47 p.m. in the capital city of Dover, 5 miles beneath the shore of the Delaware Bay, the USGS reported.

“There are no reports of damage or injuries at this time,” DEMA spokesman Gary Laing said.

Earthquakes of similar strength are considered moderate and generally result in little if any damage.

“We wouldn’t expect to have damage from an earthquake of this size,” USGS geophysicist Paul Caruso said. “We know from the past, even when we have quakes above magnitude-3 on the East Coast, the’re felt pretty far away.”

The USGS said it received more than 6,500 responses within an hour from people as far south as Washington, D.C., and as far north as Poughkeepsie, N.Y., who felt the quake.

Residents in Dover reported shaking and loud sounds similar to a car crash.

In Maryland, residents reported ripples in their drinks or feelings similar to a large truck driving down the street.

Maryland Emergency Management Agency officials said they are monitoring damage reports and encouraged residents to report their experiences to the USGS. 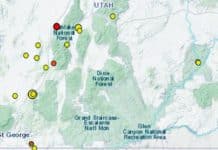 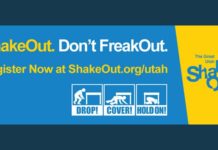 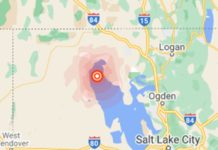