May 29 (UPI) — Attorney Michael Avenatti pleaded not guilty to stealing $300,000 from former client Stormy Daniels and attempting to extort more than $20 million from Nike in two separate cases Tuesday.

U.S. District Judge James Cott ordered Avenatti to have no contact with Daniels, born Stephanie Clifford, during the hearing and restricted his travel to the Central District of California and the greater New York City area.

Prosecutors accused Avenatti of stealing about $300,000 from Daniels and failing to repay her about half of the figure. He faces wire fraud and identity theft charges.

Avenatti allegedly used a “fraudulent document purporting to bear his client’s name and signature to convince his client’s literary agent to divert money owed to Avenatti’s client to an account controlled by Avenatti,” the U.S. Attorney’s Office in New York’s Southern District said.

He faced another arraignment Tuesday on charges he attempted to extort more than $20 million from Nike. Prosecutors said Avenatti threatened to release damaging information about the company if it didn’t pay $1.5 million to a client who had the information. He also said Nike must retain him and another person for between $15 million and $25 million to conduct an internal investigation.

The announcement of charges in March came hours after Avenatti tweeted about a news conference he planned to hold to release the damaging information.

Appearing in U.S. District Court in lower Manhattan, Avenatti told Judge Paul Gardephe that he is “100 percent not guilty!”

“I intend on fighting these charges and I look forward to a jury verdict in each of these cases,” Avenatti said after the second arraignment. “I am confident that when a jury of my peers passes judgment on my conduct, that justice will be done and I will be fully exonerated.” 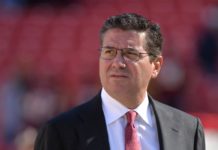 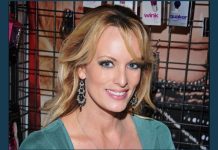