July 11 (UPI) — Microsoft on Monday released Azure Stack, which effectively allows an organization to use the company’s Azure cloud service within its own datacenter.

“Azure Stack is an extension of Azure, bringing the agility and fast-paced innovation of cloud computing to on-premises environments. Only Azure Stack lets you deliver Azure services from your organization’s datacenter, while balancing the right amount of flexibility and control — for truly consistent hybrid cloud deployments,” Microsoft said in a statement.

Azure Stack — based on the “hybrid cloud” concept — addresses concerns by companies that prevented their applications or services from being allowed outside of their own datacenters, such as for security reasons or regulatory compliance.

Some industries, such as banking and medicine, face regulations that prohibit uploading certain kinds of data to a public cloud. Azure Stack could allow such organizations to upload that data onto its Azure Stack-powered datacenter without uploading it into Microsoft’s public cloud.

The first systems powered by Azure Stack are expected to be delivered in September.

“One of the key things we truly believe is that hybrid is a key differentiator for us and a steady state for our customers,” Mike Neil, Microsoft’s corporate vice president for Azure Infrastructure and Management, told TechCrunch. “We don’t believe every customer will move to the public cloud … Many of them have their roots in their environment today — in their data centers or their hosting partners’ data centers … We wanted to provide a solution that met these different needs.” 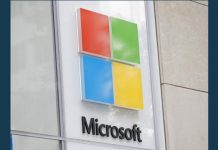 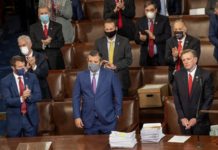